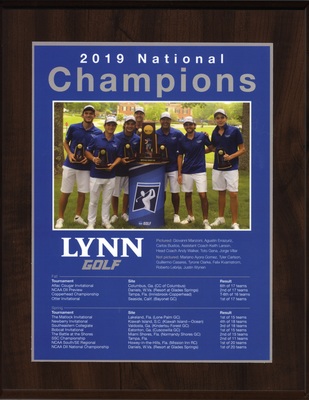 Daniels, W. Va. - A year ago there was suspense on the 18th green for the Lynn University men's golf team. There was no such uncertainty this season as Jorge Villar tapped in his par to comfortably give Lynn University's men's golf team a 3-2 victory over Lincoln Memorial to claim its second consecutive NCAA Division II Men's Golf National Championship.