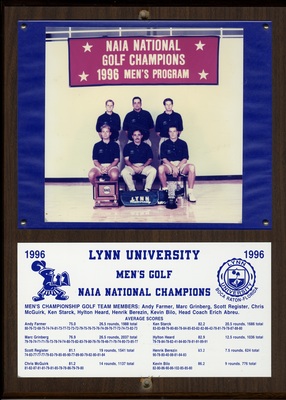 Tulsa, Okla. - The 1996 NAIA Men's Golf National Championship came down to the wire but in the end, Lynn University emerged with its first men's golf national title. The Fighting Knights earned a one-stroke victory over Berry, marking the second consecutive year the championship was decided by one shot and fourth time overall.