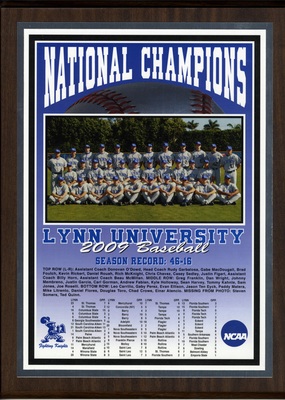 Cary, N.C. - Lynn University's unbelievable run to a national title ended with the program's first-ever NCAA Division II National Championship following a 2-1 victory over Emporia State. The Fighting Knights went 8-0 in regional and national play, becoming the first school to accomplish that feat since Tampa in 2006. Tommy Kahnle was named the tournament's most outstanding player after posting a 1-0 record with a 0.00 ERA and 12 strikeouts in 12.1 innings pitched.