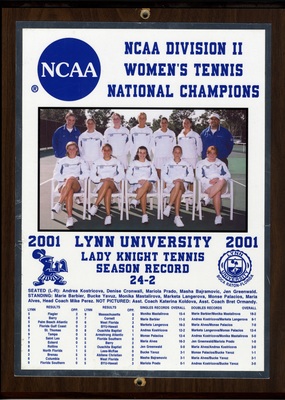 Looking to redeem itself from a mid-season loss, Lynn University's women's tennis team took down BYU-Hawaii by a score of 5-3 to win the program's sixth national championship and the University's 16th overall.