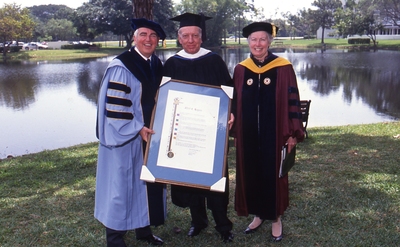 Alfred C. Haynes has enjoyed a distinguished career as a Pilot with United Airlines for thirty-six years. In July, 1989, Captain Haynes was Pilot-in-Command of a flight bound for Sioux City, Iowa, when an engine explosion crippled the aircraft. Against overwhelming odds, Captain Haynes led his crew in the safe landing of the plane and almost two hundred people survived what could have been a major disaster.